The multilateral instrument: finding your way through a jungle of international regulations

In April my wife and I took part in an expedition through the Amazon – an intense but unforgettable experience. With our guide we made our way along a maze of narrow paths, streams and rivers, through an area of untamed South American rainforest that boasts an unrivaled array of wildlife. This huge diversity of flora and fauna made me think of the situation facing an entrepreneur who wants to enter the international arena: the jungle of international regulations presents quite a challenge.

After all, as in the case of an Amazon expedition, the risks of international business lie mainly in the details. At the same time, it is this proliferation of complex regulations that makes the work of a tax advisor so fascinating and challenging. That is particularly true of the multilateral instrument, which entered into force on 1 July 2019.[1]

At the beginning of July we attended a Primeglobal[2] conference in Aachen, Germany, together with a number of colleagues. Visser & Visser organized one of the technical sessions. As one of the speakers on the day I had the privilege of sharing information on the status of the permanent establishment in 2019 in combination with the multilateral instrument. This is a topic in which I am particularly interested at the moment and one that also illustrates the jungle of international regulations that has developed over the years.

Take the example of a company that is expanding internationally by means of its own representative in a particular country. Does the presence of this representative constitute a permanent establishment in that country?[3] To answer this question, we first need to consult the national legislation of the two countries concerned: does this contain any arrangements regarding the issue of permanent establishments? That is the question, but in many cases reference is simply made to international law. In this context international law consists of tax treaties, but these are often outdated. How can they be translated to the present day? The OECD commentary makes recommendations in this regard, but does not have ‘direct effect’, i.e. a tax jurisdiction may take a different position. Lastly, we come to the multilateral instrument, which entered into force on 1 July 2019. In the multilateral instrument numerous countries have reached agreement on how to implement and interpret specific issues covered in tax treaties, including that of representatives. It is impossible to go into this in more detail in this blog, but the fact that international tax questions have to be assessed at so many different levels these days clearly highlights the jungle of regulations I have mentioned above and the importance of expert guidance.

The theme of our session was expanding business abroad and what is possible and not possible in various (European) countries. This relates to questions such as the chosen method of expanding a business: is it better to set up a new local company or to start small with a warehouse or representative to get a feel for the market? These are commercial questions for which the fiscal impact also needs to be taken into account. Having the opportunity to share knowledge and experience in this area in Aachen with people of 14 different nationalities was an extremely useful exercise.

Are you also active internationally? Our International Business team will be happy to help you.

[1] The multilateral instrument (MLI) is a convention that allows tax treaties between countries to be modified without the need for new negotiations. This is possible as the rules of the Multilateral Convention take precedence over the provisions of the tax treaties.

[2] An international network of accountants and tax advisors, of which we are an active member.

[3] If that is the case, tax on a portion of the profit has to be paid in the country of the permanent establishment. 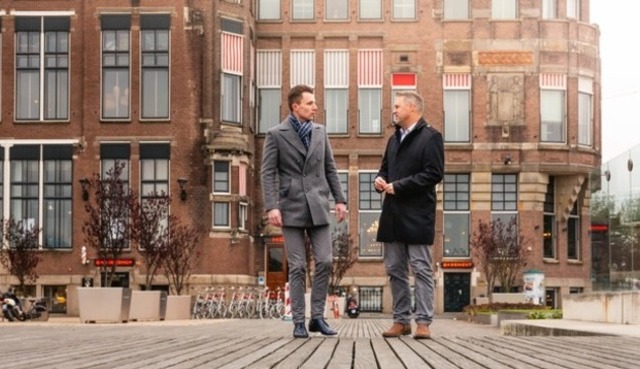