Exemption from consolidation within international structures

For legal and/or fiscal reasons, the activities of enterprises are often divided into different legally independent entities. The widening gap in the tax burden between the 1st and 2nd corporation tax brackets is one reason why enterprises are separating more. Added to this, the increasing legal intervention into social life is also prompting enterprises to spread risks across different entities. A legal entity may be exempt from the consolidation requirement in a number of instances. Read this blog to find out when.

To gain an insight into the activities of enterprises as a whole, the legislator has stipulated the following: the legal entity at the head of the group must draw up the consolidated financial statements, which include the figures over which the legal entity can exercise dominant control or central management (Article 2:406(1) of the Dutch Civil Code – BW). In respect of this consolidation requirement, the legislator has granted various exceptions, including the exemption for intermediate parent companies. The extent to which this exception applies within an international context is explained in more detail below.

Figure 1 shows a simplified representation of an international group in which Entity A is considered the head of the group. Entity A is located in Japan, while Entities B, C and D are in the Netherlands. Can Entity B now opt for the exemption applicable to intermediate parent companies?

What requirements must an intermediate parent company satisfy in order to be able to apply the exemption from intermediate consolidation?

The ‘equivalent manner’ referred to in the first bullet, in particular, merits further clarification. The European Commission, in its decision of 12 December 2008, identified a number of financial systems that are equivalent to IFRS. These include the reporting systems of the People’s Republic of China, the United States of America, Japan, Canada and South Korea.

On the basis of this decision, Entity B can opt for the exemption as an intermediate parent company, assuming that the other criteria, i.e. the language of the documents drawn up and the filing requirement, are satisfied. In accordance with the Reporting Guidelines RJ 217.214, Entity B must determine whether the content of the consolidated financial statements meets the equivalent quality requirements of financial reporting legislation and/or regulations. Finally, any application of the consolidation exemption must be disclosed in the notes to the financial statements of Entity B.

The European Commission encourages, supports and monitors developments by non-Member States to devise a reporting system that is equal or equivalent to IFRS. The list of equivalent reporting systems is expected to grow in the future. For example, the reporting system of the United Kingdom will meet the equivalence criterion if it is not revised.

Do you have any questions about the consolidation requirement and/or exemption? If so, contact one of our international reporting specialists. 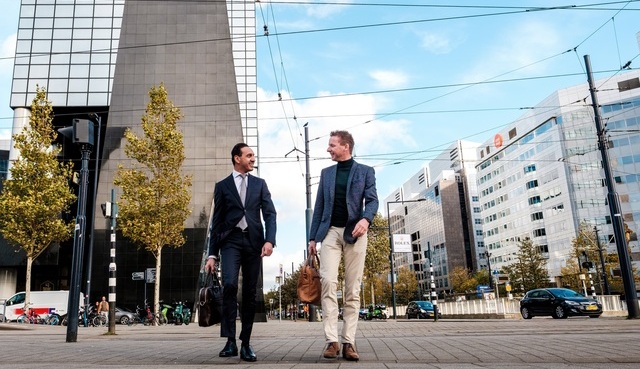